Trigger warning: violence against women, pedophilia, sexual abuse including rape, racism, antisemitism, and anti-LGBTQ+ hate. CCDH’s new report evidences the dangers incel sites pose to our communities - especially to women and children. The four leading forums we analyzed were filled with extreme hatred of women, racism, glorification of violence, and discussion of pedophilia. Poorly-moderated social media gives bad actors a platform to drag others into a rabbit hole of despair - which often can end in deadly real-world consequences. 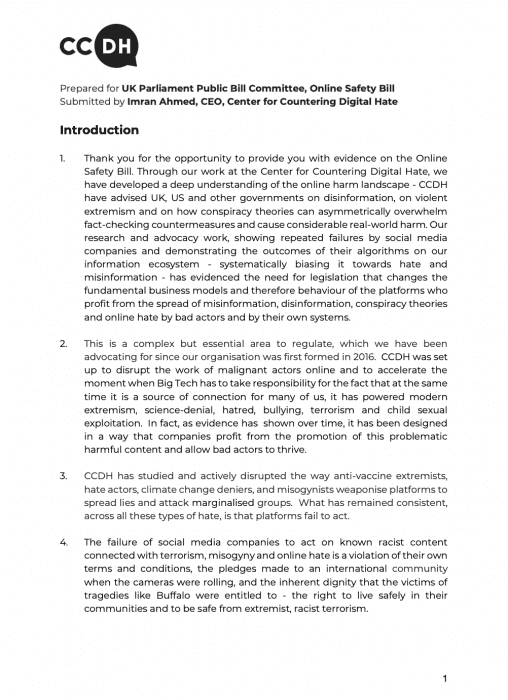 Our CEO Imran Ahmed provides written submission and evidence to UK Parliament Public Bill Committee for the Online Safety Bill. We analyzed the provisions of the Bill using our new “STAR” framework, which we developed for analyzing legislative efforts globally. 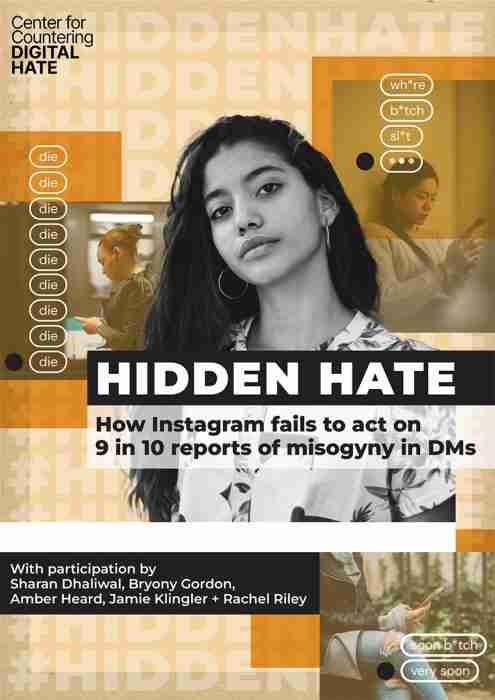 We conducted several case studies in partnership with women with large Instagram followings to reveal how Meta, in its continued negligence and disregard for the people using its platforms whilst churning record profits, has created an environment where abuse and harmful content is allowed to thrive. This denies those being abused the ability to freely express themselves online.