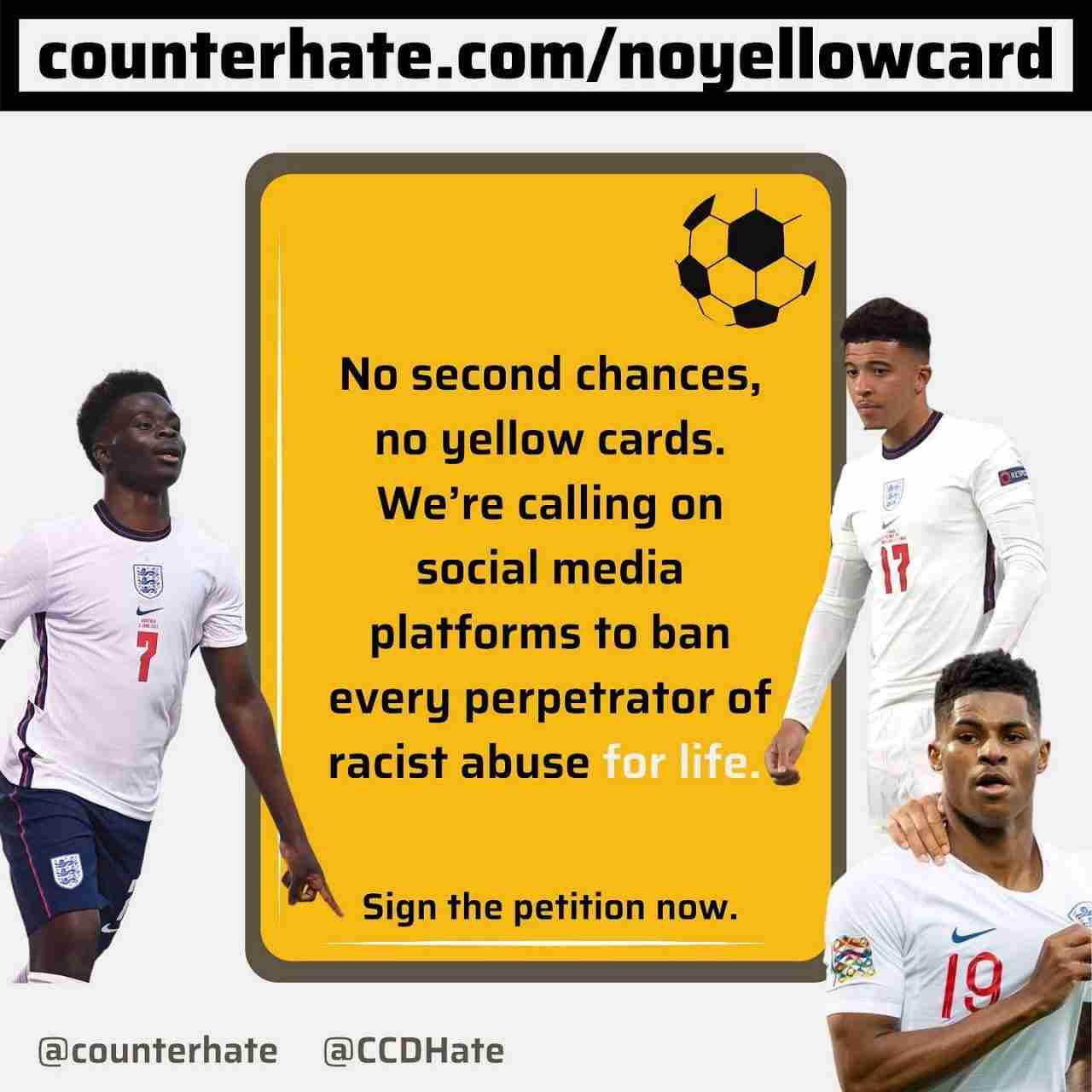 New research conducted by the Center for Countering Digital Hate shows that Instagram failed to act on their promise to ban users who use racist abuse against footballers, even when posts were reported to their moderation teams using the platform’s own reporting tools.

The abusive posts, which were shown as comments on the official Instagram accounts of players and the England team, contained clear examples of racism. Instagram failed to act on 42 comments comparing players to monkeys, 17 comments using the N-word and 15 comments telling players to “return” to other countries, despite the fact all were born and raised in the UK.

Instagram has previously promised to ban accounts that send racial abuse to footballers after stars including Marcus Rashford were targeted earlier this year.