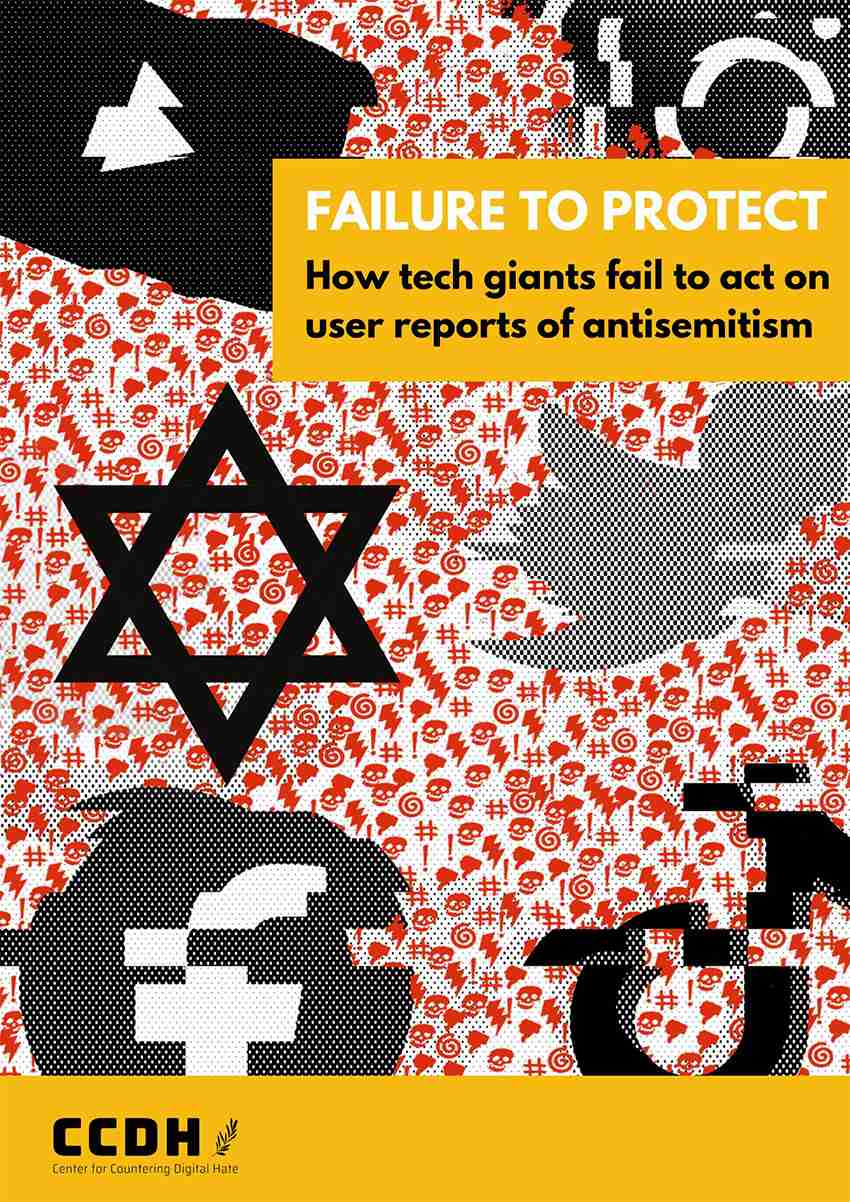 Our latest report on anti-Jewish hatred shows they fail to enforce their own community guidelines against antisemitic content. Our researchers reported hundreds of racist anti-Jewish posts to social media firms using their user reporting tools. 84% were not acted upon. ​Tech companies are consciously giving a free pass to anti-Jewish hatred and the increasing threat to the Jewish community. ​Social media companies must do better. Platforms must support, hire and train moderators to remove this hate and those platforms must be held accountable if they fail to remove this hate.

Failure To Protect” Finds that social media platforms took no action on 84% of posts containing antisemitic conspiracies, extremism and abuse reported to them using their own tools for reporting malignant content, despite promises to crack down on anti-Jewish hatred.