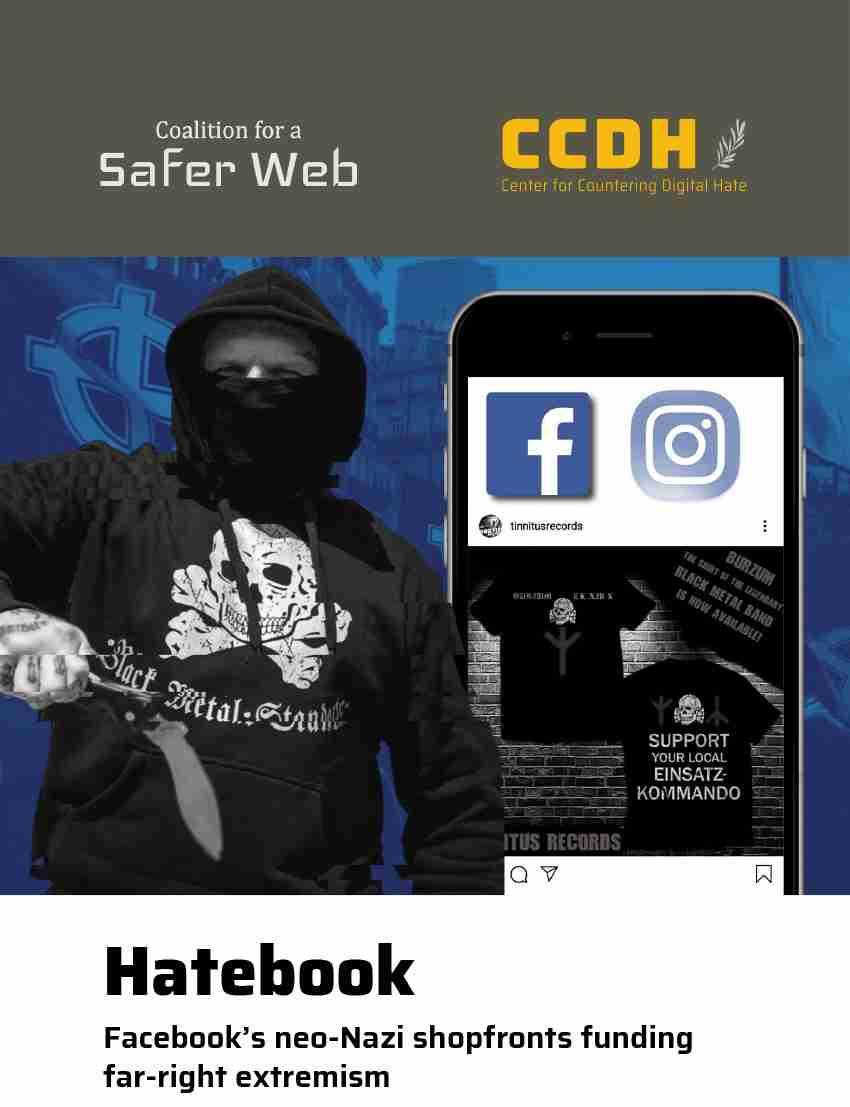 Facebook and Instagram are hosting dozens of accounts that sell neo-Nazi merchandise to fund far-right extremism. Facebook has allowed them to gain 80,000 followers despite being warned about the problem two years ago. We expose the international far-right networks behind these accounts and their links to known extremists. It shows how tech giants have provided them with a platform to reach mainstream audiences and generate funding.

3. These networks are linked to domestic violent extremists apprehended in the US.

Facebook/ Instagram must (1) stop hosting these actors and networks, (2) implement measures to prevent their return and (3) help lawmakers and law enforcement worldwide by opening extremist spaces to investigation.

Big Tech is failing to act on extremism. Our report, “Hatebook”, shows: