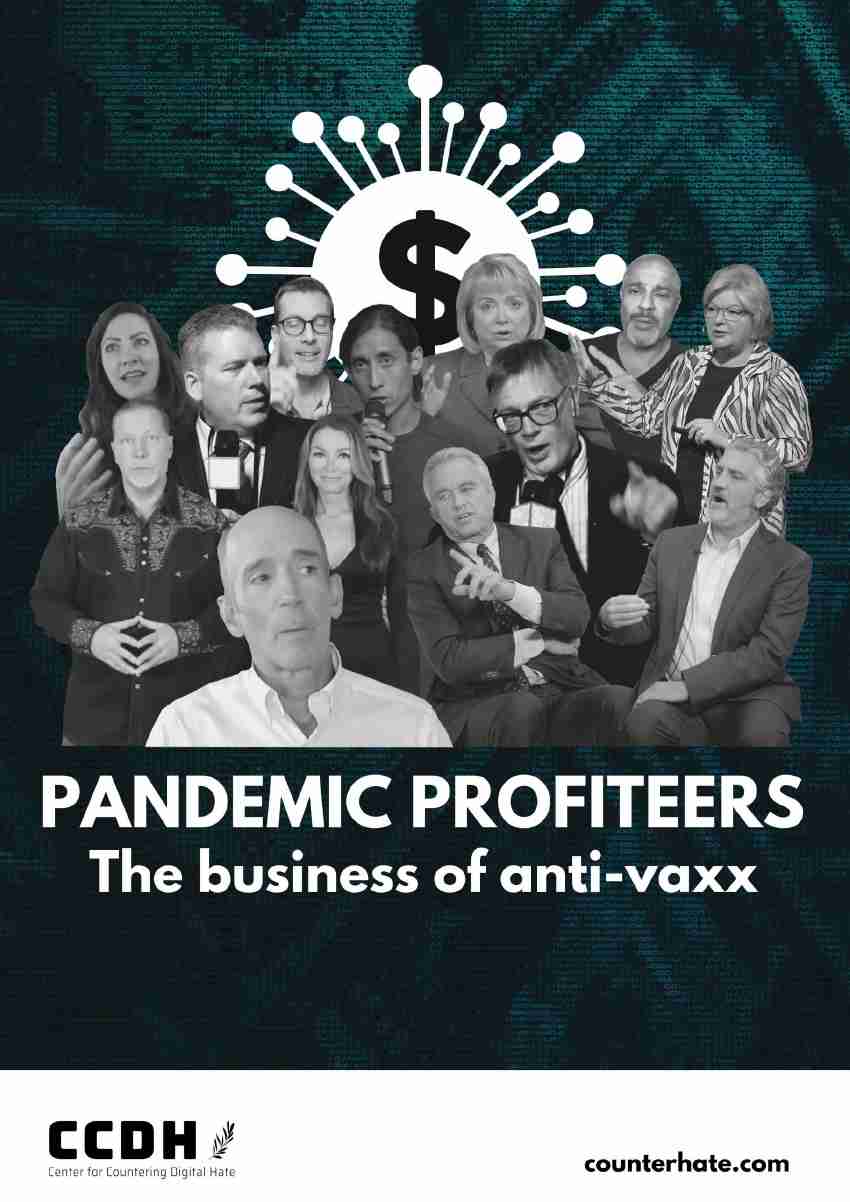 Our report on the pandemic profiteers; the dozen leading anti-vaxxers who have enriched themselves by spreading misinformation. The Anti-Vaxx industry boasts annual revenues of at least $36 million and is worth up to $1.1 billion to Big Tech with 62 million followers across their platforms. Through government PPP loans, affiliate marketing schemes and social media empires, these anti-vaxx businesses have been able to generate profits by spreading misinformation. ACT by signing our petition demanding big tech companies remove anti-vaxx profiteers from their platforms.

Throughout the Covid pandemic we have made sacrifices to protect ourselves, those we love, and our communities. And yet, as the world responded to this threat, a subversive, established industry of anti-vaxxers has seen an opportunity to enrich themselves at the expense of public health.

This fifth column has operated in plain sight, publicly undermining our collective confidence in doctors, governments and medical science. Their confidence in openly promoting lies and false cures comes from years of impunity in which they were hosted on popular social media platforms, driving traffic and advertising dollars to Facebook, Instagram, Twitter and YouTube, while benefiting from the enormous reach those platforms gladly afforded them. It’s a mutually profitable arrangement — our calculations value the audience of anti-vaxxers, now numbering above 62 million followers, to be worth up to $1.1 billion in annual revenue for Big Tech. The Anti-Vaxx Industry itself, as detailed in this report, boasts annual revenues of at least $35 million.

In an industry conference in October 2020 anti-vaxxers met to cynically plan their strategic push. They decided to minimize the dangers of Covid (a disease that, despite lockdown and massive preventative measures has killed more than 2 million people worldwide), to subvert health experts (the ones in the best place to mitigate the crisis) and to impede the vaccine in whatever ways they could, mostly by amplifying any possible doubts and side effects.

This industry stretches back to the time of Andrew Wakefield and his pseudo-medical campaigns against the MMR vaccine. Struck off the medical register for “serious and wide-ranging” errors, his views found safe-haven in Silicon Valley with its belief in profit and unfettered free speech and a hyper-capitalist mix of libertarianism and the prosperity gospel. His direct proteges and those he inspired now number in the dozens, with the most dangerous twelve – whom we dubbed the Disinformation Dozen in a
previous report – creating two thirds of all misinformation shares on social media in this pandemic.

In this report, CCDH exposes the network of businesses, nonprofits, political action committees, affiliate schemes and social media marketing empires that form the AntiVaxx Industry. While small businesses struggled through the pandemic, these enterprises reaped at least $1.5 million in PPP loans from the US government. From books on the latest ‘Great Reset’ conspiracy to propaganda films targeting the vaccine hesitant, we break down how anti-vaxxers fund their fight against science and how they specifically shifted their strategies to profit during the pandemic.

Governments need to set up new bodies to look at how bad faith actors use the Internet to cause harm and convene non-governmental bodies that can respond effectively. CCDH’s work on anti-vaxxers, for example, has forced change at once-reluctant social media platforms and led to anti-vaxxers removing their propaganda to avoid being banned. Social media’s failure to act in the pandemic has cost us lives, government’s failure to act in the pandemic’s wake could cost us our society.

We’re calling on Big Tech to commit to taking the action they promised. They must stop the spread of lies about vaccines that stop us from containing COVID. ​
Science matters. Lies can kill.​ 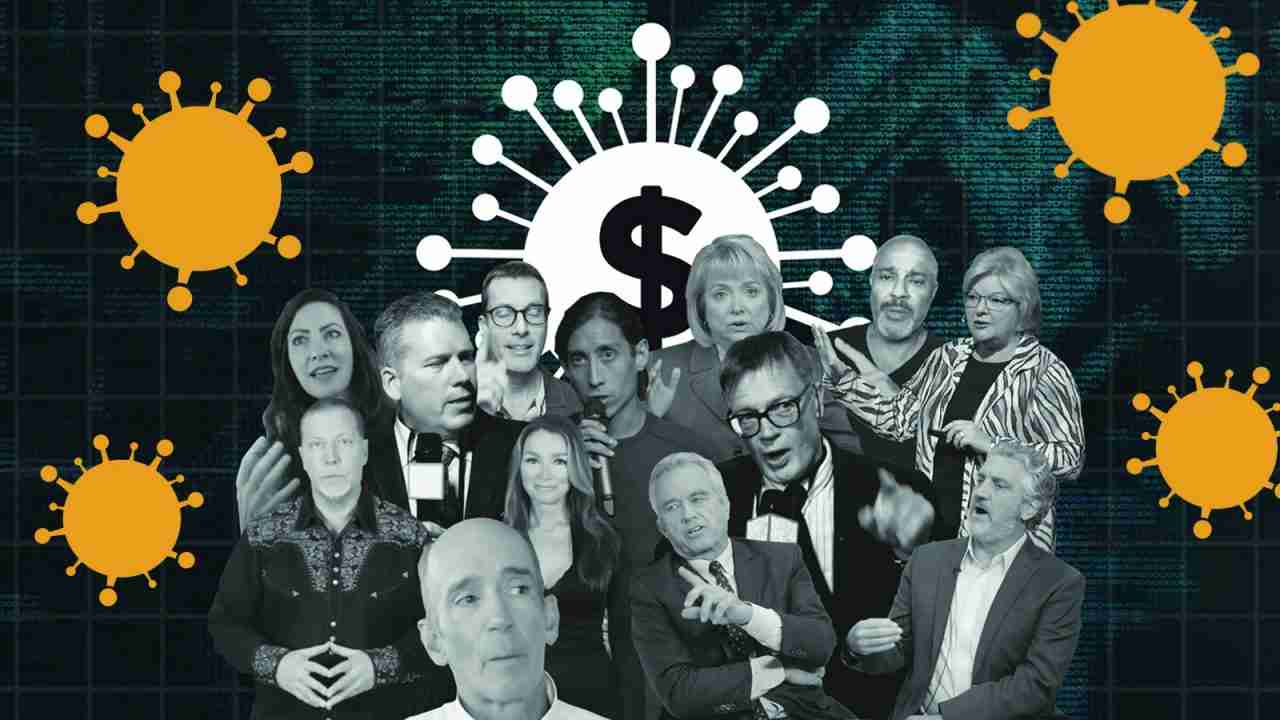