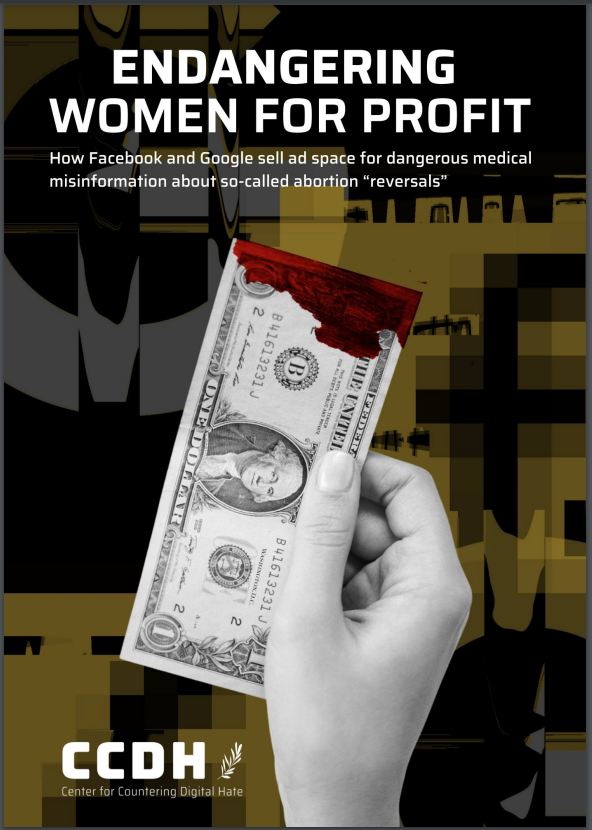 ​The only clinical trial for so-called abortion “reversals” was abandoned after some participants were hospitalized with “severe hemorrhaging”.​

Yet, Facebook and Google are selling ads for profit promoting this procedure, in some cases to minors as young as 13 years old

Facebook and Google, two of the wealthiest companies in the world, take money for ads that promote an unproven and unsafe medical procedure – so-called abortion “reversal”. Clinical studies show this procedure is dangerous, potentially causing severe hemorrhaging. In every case these ads violate the platforms’ own standards. Facebook ads for so-called abortion “reversal” deliberately target women and girls as young as 13 and have been shown to Facebook users up to 18.4 million times.

Google places misleading and dangerous ads for so-called abortion “reversal” on 83% of searches for abortions. These ads can be seen by any user, regardless of their age, and sometimes carried deceptive headlines like “find abortion clinic near me”.

Our analysis of data on Facebook’s Ad Library shows that these ads were shown to children aged 13-17 over 700,000 times. This is despite the company’s policy that ads “targeted to minors must not promote products, services or content that are inappropriate, illegal, or unsafe, or that exploit, mislead, or exert undue pressure on the age groups targeted.”

So-called abortion “reversal” is not approved by health authorities such as the FDA. A 2019 study to test its effectiveness was abruptly halted when several participants experienced “dangerous hemorrhaging.” Facebook prohibits ads that promote the sale or use of “unsafe substances, products or supplements, as determined by Facebook in its sole discretion”, and Google prohibits ads for “non-government approved products that are marketed in a way that implies that they’re safe or effective.”

This report demonstrates that Facebook and Google are once again failing to enforce their own rules protecting women and girls from dangerous medical misinformation, just as we shown them to be failing on vaccine misinformation and antisemitism.

Profiting from those who put people at harm is unacceptable. Facebook and Google’s executives talk a lot about human rights, yet as we can see, these executives turn a blind eye to women’s and girls’ safety when there is a buck to be made.

This procedure is known to cause severe hemorrhaging. And Facebook is showing these ads to minors as young as 13 years old.

We are calling on Facebook and Google to take action. 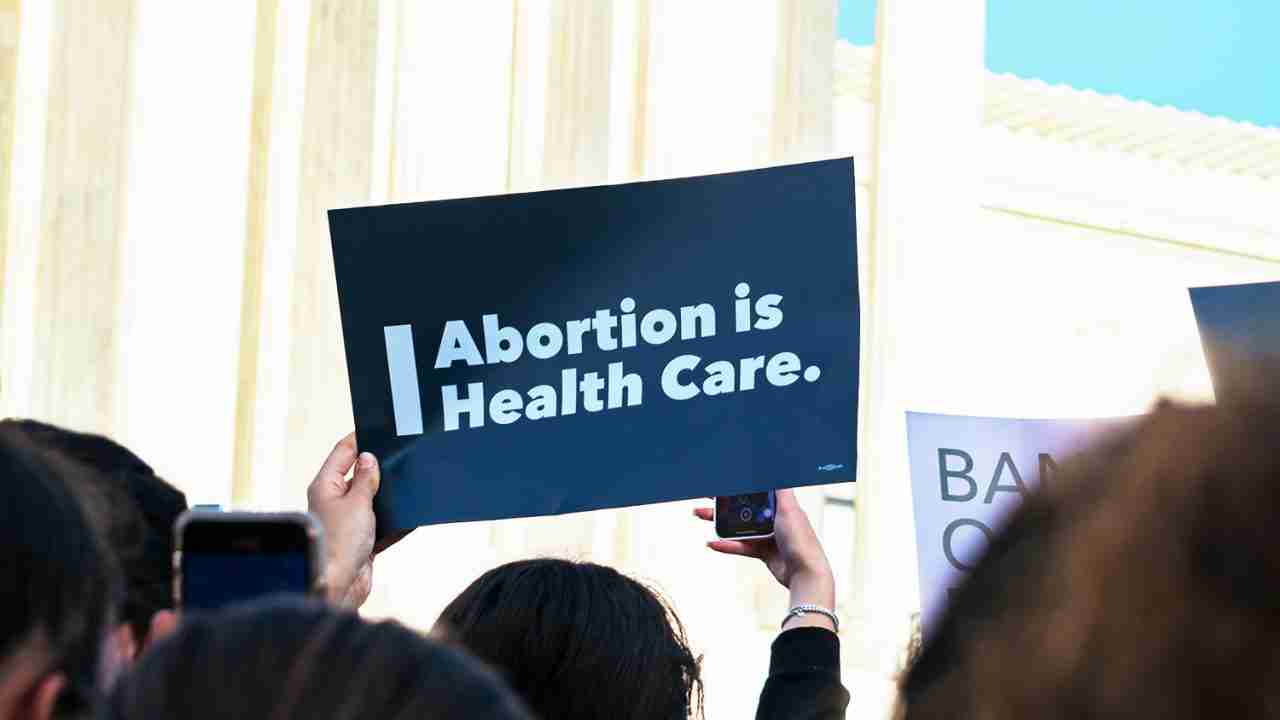