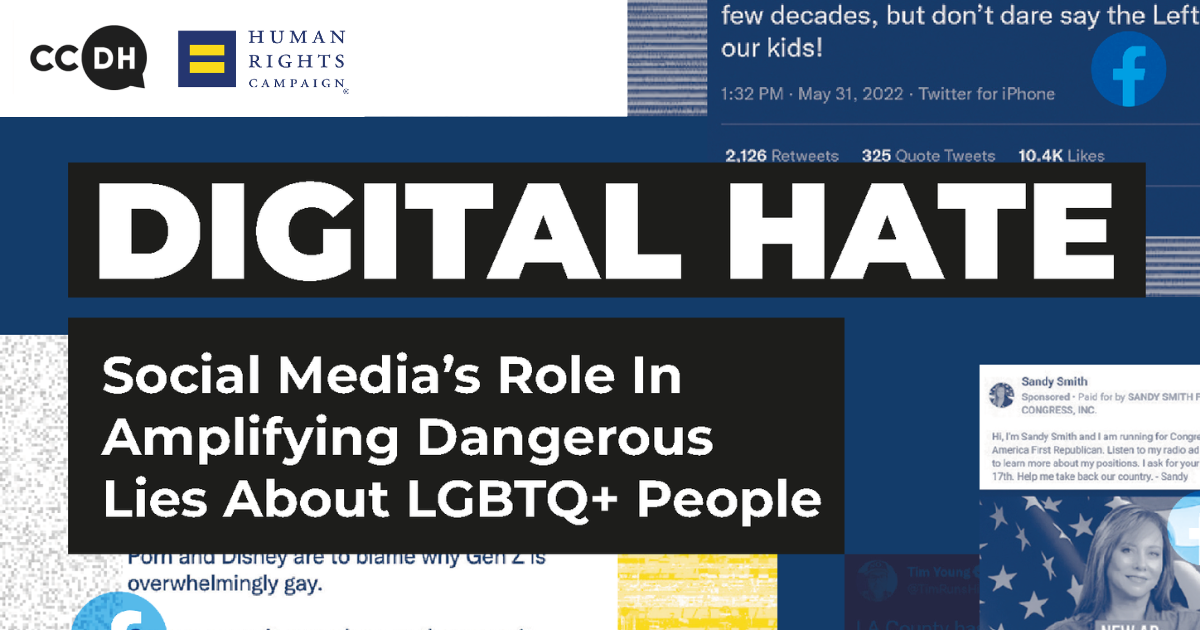 The Digital Hate report, published by CCDH in collaboration with the Human Rights Campaign (HRC), found that the average number of tweets per day using slurs such as “groomer” and “pedophile” in relation to LGBTQ+ people jumped by 406% in the month after the Bill was passed.

Further, CCDH estimates that the 500 most-viewed tweets that advance the false “child groomer” narrative have been viewed at least 72 million times between January and July of 2022.

Although these slurs clearly violate Twitter’s ‘Hateful Conduct’ policy – which prohibits attacks or threats against people based on their sexual orientation, gender, or gender identity – Twitter failed to act on 99 of 100 of the highest-reach hateful tweets identified in the report, even after researchers anonymously reported them to moderators.

A separate investigation into Facebook ads found that the platform is profiting from ads likening LGBTQ+ people and teachers to pedophiles and child-groomers, paid for by a large network of conservative US commentators and political candidates.

On Facebook, researchers identified 59 ads that promote the “groomer” conspiracy theory – purchased and ran between March and August 2022 – which were viewed over 2.1 million times.

Extremist rhetoric and attacks against LGBTQ+ people have ramped up online and offline in recent months and, on May 17, President Biden has warned of “rising hate and violence” against the LGBTQ+ community.

Researchers used the social analytics tool BrandWatch to collect a sample of 989,547 tweets posted between January 1 and July 27 that mention the LGBTQ+ community alongside slurs such as “groomer”, “predator” and “pedophile”.

Twitter’s content policies “prohibit targeting individuals and groups with content intended to incite fear or spread fearful stereotypes about a protected category, including asserting that members of a protected category are more likely to take part in dangerous or illegal activities…”

The company  also says it “prohibit[s] targeting others with repeated slurs, tropes or other content that intends to dehumanize, degrade or reinforce negative or harmful stereotypes about a protected category.”

But after CCDH reported 100 of the most-viewed hateful tweets to moderators, the study found that Twitter failed to act in 99 cases.

And in the week following Twitter’s statement that tweets calling transgender or nonbinary people “groomers” violate its policies on hate speech, there were 8,075 tweets per day on average mentioning the slurs alongside the LGBTQ+ community.

It passed the Florida Senate on March 8, and was signed into law on March 28.

In a series of tweets on March 4, seen an estimated two million times, Governor DeSantis’ Press Secretary described the bill as an “Anti-Grooming Bill,” adding that “If you’re against the Anti-Grooming Bill, you are probably a groomer or at least you don’t denounce the grooming of 4-8 year old children”.

In a separate analysis, CCDH found that Facebook is profiting from ads likening LGBTQ+ people and teachers to pedophiles, “perverts” and “groomers”, placed by a large network of conservative US commentators and political candidates.

Researchers identified 59 separate anti-LGBTQ+ads promoting this hateful ‘grooming’ narrative placed between 5 March and August 1. According to figures from Facebook’s own Ad Library, these ads received over 2.1 million impressions, and Meta has accepted up to $24,987 in payment for them.

As of August 1, Meta is continuing to run such ads despite telling press outlets on July 20 “that baselessly calling LGBTQ people or the community ‘groomers’ or accusing them of ‘grooming’ is governed under their policies prohibiting hate speech.”

“We’re in the middle of a growing wave of hate and demonization targeting LGBTQ+ people – often distributed digitally by opportunistic politicians and so-called ‘influencers’ for personal gain.

“Facebook and Twitter claim in their rules to prohibit this kind of targeted hate and harassment but they simply don’t enforce those rules on bad actors – rules which are designed to protect others’ rights. The clear message from social media giants is that they are willing to turn a blind eye.

“LGTBQ+ rights have been transformed after decades of hard-won progress, but progress is fragile unless you continue to defend it. Big Tech is more than happy to wrap itself in the Pride flag but when it comes down to it, they don’t stand for anything but profit and expediency.”

“As social media platforms fail to enforce their own standards — enabling a wave of online anti-LGBTQ+ hate to grow without restraint — extremists are wielding dangerous influence, seeking to radicalize Americans, incite hate against LGBTQ+ people, and mobilize the extremists within their base ahead of the midterm elections.

“But the rise of this online vitriol doesn’t just have political implications — there are deadly, real world consequences as violent rhetoric leads to stigma, radicalization, and ultimately violence. Nearly one-in-five of any type of hate crime is now motivated by anti-LGBTQ+ bias, and the last two years have been the deadliest for transgender people, particularly Black transgender women.

“HRC, along with our partners at the Center for Countering Digital Hate, urgently calls on social media companies to act swiftly and transparently to stop the spread of extremist and hateful misinformation, including the grooming narrative.” 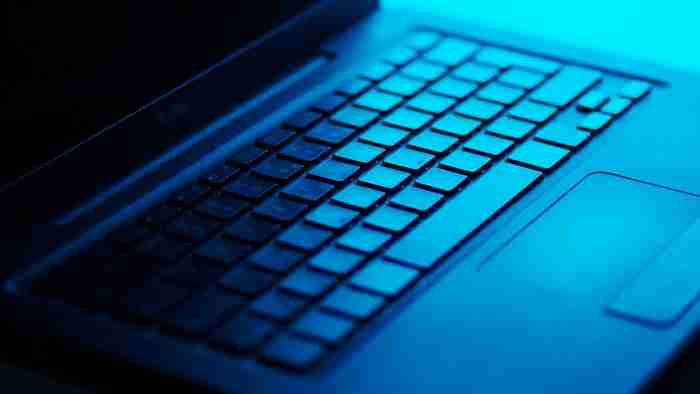 Recently, the Center for Countering Digital Hate, in partnership with the Human Rights Campaign, launched a new report finding Twitter and Facebook are failing to enforce Community Standards amid a spike in online Anti-LGBTQ+ hate […] 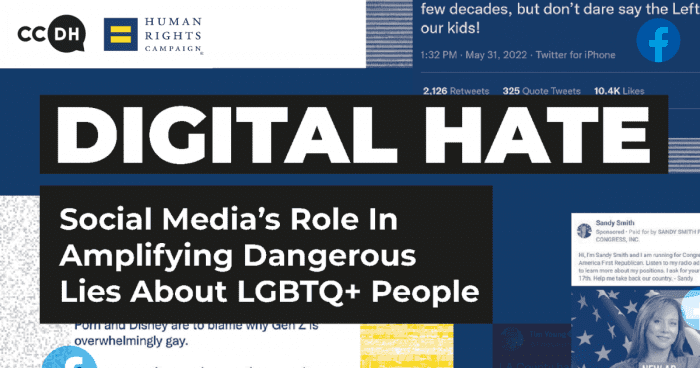